The Mt. Hood Cable Regulatory Commission advocates for and protects the public interest in the regulation and development of cable communications systems in Multnomah County and the Cities of Fairview, Gresham, Portland, Troutdale and Wood Village; monitors and helps resolve cable subscribers’ concerns in these jurisdictions; and participates in the planning and implementation of community use of cable communications technologies which make use of the public right of way.

The MHCRC is made up of eight dedicated citizen volunteers, backed by professional office staff. The MHCRC was created by Intergovernmental Agreement (IGA) among the cities of Fairview, Gresham, Portland, Troutdale, and Wood Village and Multnomah County (“Jurisdictions”) in an effort to provide enhanced public benefits from cable communications franchising and regulation, and economies of scale in its operation. The MHCRC reports to the City Councils of Portland, Gresham, Troutdale, Wood Village and Fairview, and the Multnomah County Commission. It is the decision-making body for approximately $6 million annually in public benefit franchise assets and has an annual operating budget of about $377,000. The cable franchises generate nearly $6 million in General Fund revenues for the City of Portland and approximately $1.2 million for the City of Gresham; $151,000 for Multnomah County; $187,000 for Troutdale; $111,000 for Fairview; and $32,000 for Wood Village.

This unified regulatory commission carries out cable regulation by:

While the MHCRC acts in an advisory capacity to the Jurisdiction in connection with any decision to grant a Cable Franchise Agreement for cable services, the MHCRC has full authority to take any action necessary to enforce or administer the franchise agreements.

The MHCRC’s approach to franchise issues has been based principally on the following objectives:

All cable franchise agreements are prepared and adopted in accordance with the regulations of the Federal Communications Commission and 1996 Telecommunications Acts.

The MHCRC plays a key role in negotiating the franchise agreements and the subsequent public benefits and in making sure the cable companies live up to their promises. The Commission also supports diverse and local content over all communications media and opposes media concentration. 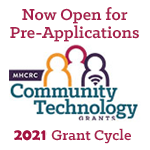