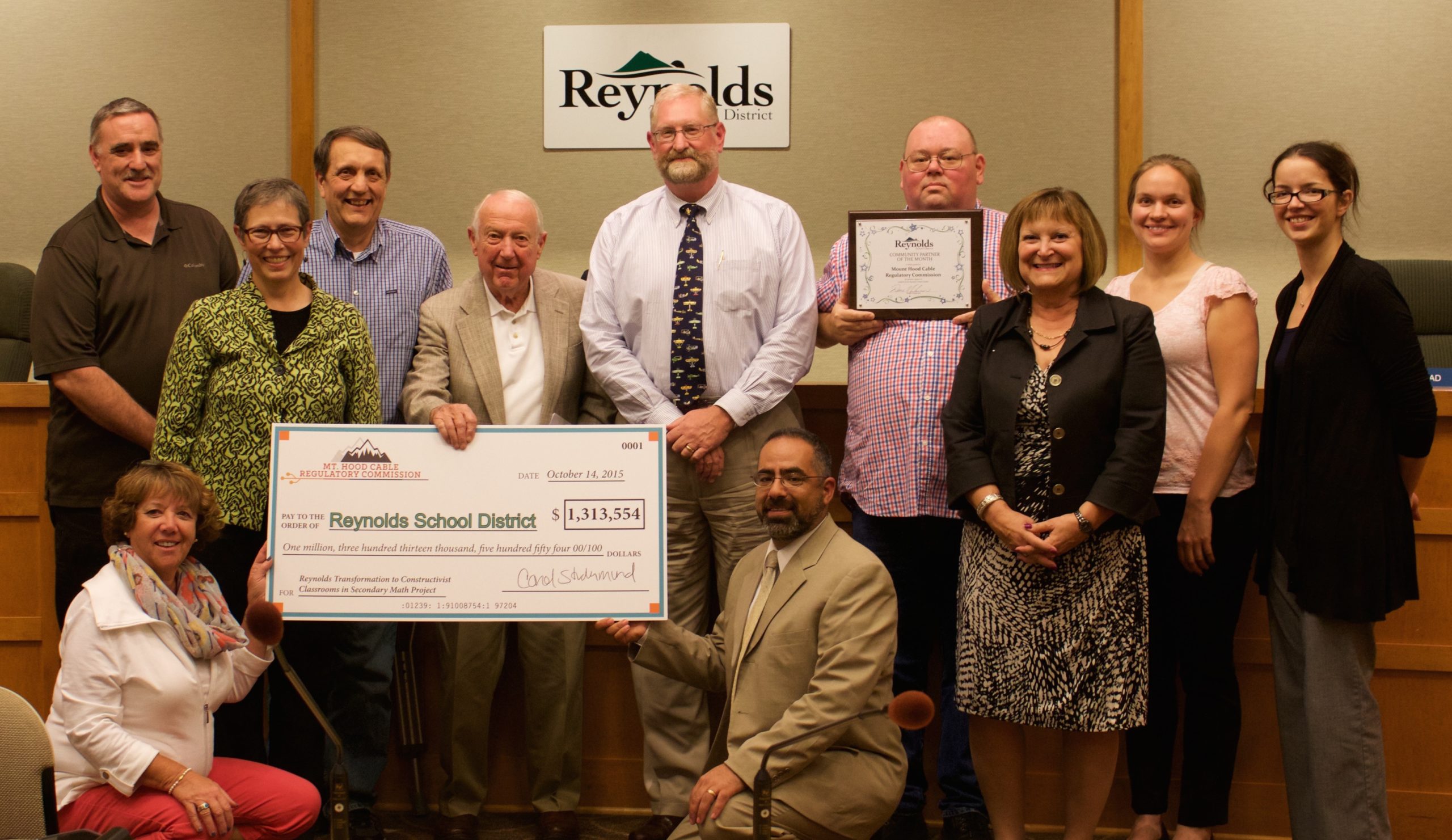 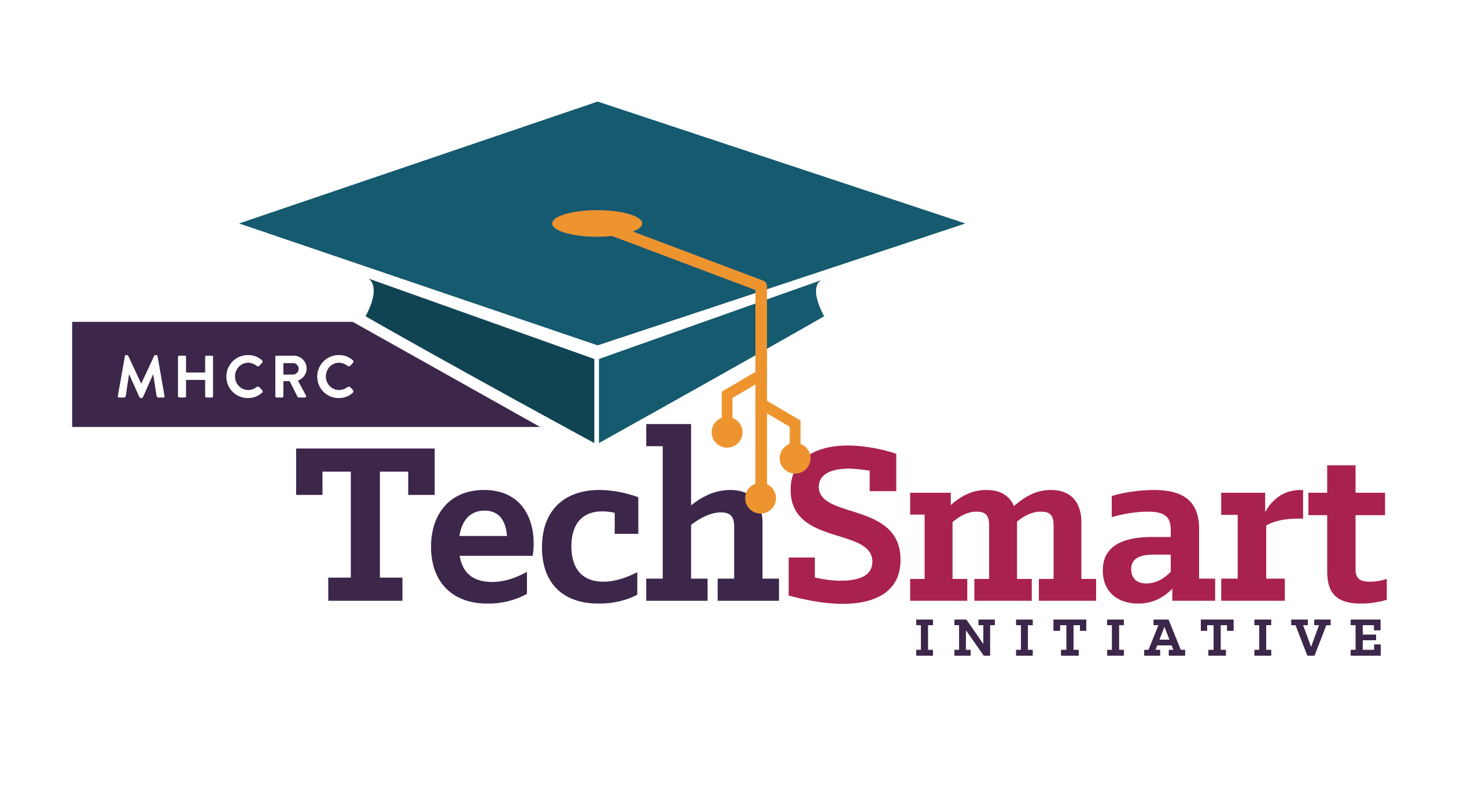 The Mt. Hood Cable Regulatory Commission (MHCRC) handed the Reynolds School Board and Superintendent Florence a $1.3 million dollar check at the October Board meeting to fund critical teacher supports towards creating technology-rich learning for 6th-9th Grade mathematics. The grant was made available under the MHCRC’s TechSmart Initiative for Student Success.

The TechSmart Initiative grant investment is laser focused on significantly increasing the number of students who have earned core math credits by the end of 9th grade – a critical factor on the way to successful high school graduation. Currently less than half of Reynolds students have earned six or more credits by 9th Grade and freshman math is the most frequently failed class. The grant specifically targets strengthening math instruction and increasing student engagement in mathematics through technology-rich instruction. The grant provides math teacher supports and classroom technology at the three middle schools and in 9th grade at Reynolds high school. The grant also provides technology for implementation of the Project Lead the Way curriculum, a STEM-based, nationwide education program.

In addition to the $1.3 million grant, the MHCRC TechSmart Initiative has partnered with Pacific Research & Evaluation and Portland State University to provide Reynolds School District with evaluation resources to identify instruction that effectively improves core credit attainment in math required for high school graduation. The MHCRC and the District plan to share learnings about effective instruction with other school districts in Multnomah County.

“The MHCRC is thrilled to invest, along with so many others in the community, in Reynolds’ effort to develop learning environments and strategies that truly support academic achievement for all students,” said Carol Studenmund, MHCRC Chair and Multnomah County representative. “Through the MHCRC TechSmart Initiative, the District will gain critical resources to discover how to best use technology in teaching and learning.”

MHCRC MEMBERS, REYNOLDS SCHOOL BOARD MEMBERS AND REYNOLDS SUPERINTENDENT LINDA FLORENCE CELEBRATE THE TECHSMART INITIATIVE GRANT OF OVER $1.3 MILLION AT THE SCHOOL BOARD MEETING, OCTOBER 15, 2015.

About the MHCRC and TechSmart Initiative

The MHCRC officially launched the TechSmart Initiative for Student Success in Fall 2014 with plans to strategically invest about $19 million over the next 10 years in local public schools to positively impact academic outcomes for all kids in Multnomah County. The Reynolds grant is the third investment made by the MHCRC in local public education under the TechSmart Initiative. Previous grants went to David Douglas School District and Parkrose School District.

Funds for the TechSmart Initiative derive from the cable services franchises negotiated by the MHCRC with Comcast, Frontier, Century Link and Reliance Connects. The cable companies pay three percent of their gross revenues for video services in Multnomah County to support community uses of cable system technology, including funding for the MHCRC’s Community Grants program. Cable companies enter into franchise agreements in order to use the public right of way for their business purposes.

The MHCRC is an intergovernmental commission created by the cities of Portland, Gresham, Troutdale, Wood Village and Fairview and Multnomah County to efficiently administer the cable services franchise agreements, including implementation in the community of public benefit obligations of the companies under the franchises.