The MHCRC, through the cable fanchise agreements, requires cable companies to set aside channels on the cable network for public, education and government (PEG) use.

The MHCRC administers and oversees these PEG access resources, which include both operating and capital funds for two community media centers (annual amounts totaling about $2 million) and other assets, such as channels on the cable system, digital capacity, and sites throughout the community used to originate programming. 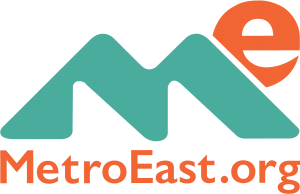 Two non-profit community media centers provide PEG access services to residents throughout Multnomah County: Open Signal (formerly Portland Community Media) and MetroEast Community Media (MetroEast). Open Signal’s services generally focus on areas within the City of Portland and MetroEast’s services are generally targeted to the areas within the Cities of Gresham, Troutdale, Fairview and Wood Village and unincorporated Multnomah County. Open Signal and MetroEast’s organizational missions serve as a catalyst in promoting community involvement. Through government and education programs broadcast on public access cable TV channels, under represented neighborhoods and groups are able to participate in and be aware of community and government activities and services. Both Open Signal and MetroEast provide important outreach and awareness of government programs and policies by carrying live, gavel-to-gavel coverage of City Council meetings on the citywide Government Access Channel (30).

In addition, Portland Public Schools and Portland Community College each have responsibilities to program educational access channels in the City of Portland. The franchises require the cable operator to connect its system at the access providers’ sites, at the company’s cost for design, engineering, equipment and installation.