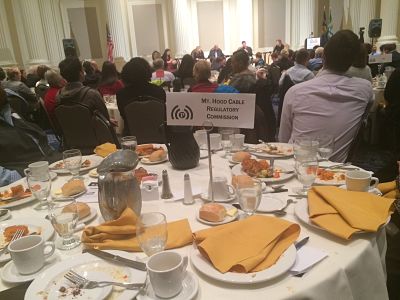 From the description: ” How $300 million plus two coalitions are positioning Portland to disrupt the face of tech and who has access to it. With Portland’s tech workforce at 67% male and 84% white, three significant movements are underway to disrupt who makes up our city’s tech industry.”

This work aligns  with MHCRC’s study and Initiative Your!Voice Communications Technology. MHCRC along with Comcast and CenturyLink  were sponsors of the forum. Commissioner Carol Studenmund and staff attended.

Local Effort to Address Digital Equity in Our Community